Nobody will be impressed if you leave it like this…

First of all I fill the gap around the flue with Rockwall insulation which is A1 fire rated (the same stuff that is within the twin wall flue quite often). Rockwall is available from most builder’s merchants.

Let’s look at a few methods of “making good”:

1. Fill the gap with mortar and then plaster up to the pipe: I know that folks do this although I do not. I will be trying this shortly though and will update this page to see how it works (my only concern is whether the plaster might crack but if it is kept thin in the area close to the pipe maybe it will be fine). Manufacturers of the flue pipe recommend you fitting their steel inserts (so any mortar does not touch your twin wall. I know that most fitters just use a mortar/Vermiculite mix. 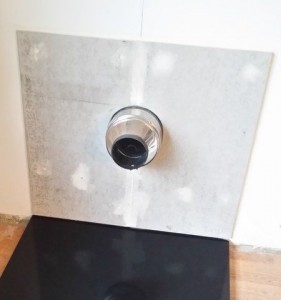 2. Create a rosette from 6mm Hardiebacker concrete board: I usually create the rosette in one piece and then cut it into two halves, thus enabling me to fit the rosette after the install (otherwise you have to slide it on as you are building your chimney). I use an angle grinder to cut and shape the Hardiebacker (you can actually get a very accurate hole by cutting a 50p piece type of hole inside your drawn circle then”grinding” away material to obtain a smooth circle. A jigsaw with the correct blade might work but I have not tried this.

Small gaps can easily filled using Decorator’s Caulking and an old credit card as a spreader. Best to “scrape” the gap first to make the gap into a “valley” to more easily accept the caulking. Hardiebacker can easily be painted. 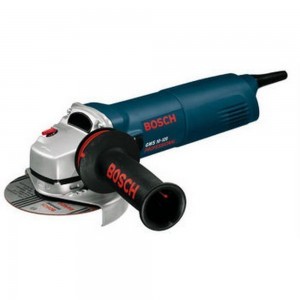 Of course the job pictured to the left was easy as the pipe is going through at 90 degrees and I used the pipe itself to draw a nice circle. If you are going through a wall at 45 degrees it is more difficult as the internal shape you need is an elipse (egg shape).

The outer edge of the rosette can be any shape: square (as in the photo), round or egg shaped (looks good on a 45 degree through wall situation).

3. Finishing plates can be used for pipes passing through at 90 degrees or 45 degrees:

It is hard to see from this picture but the plate is sold in two halves (bigger picture at end of this article). One half slides over the other. The plate is attached to the wall via four screws (not supplied), one at each corner. Two central screws pass through a slot in the rosette. High up on a ceiling I think this looks good. But at eye level on a 45 degree situation it is rather industrial looking in my opinion.

Here is the version for passing through a ceiling 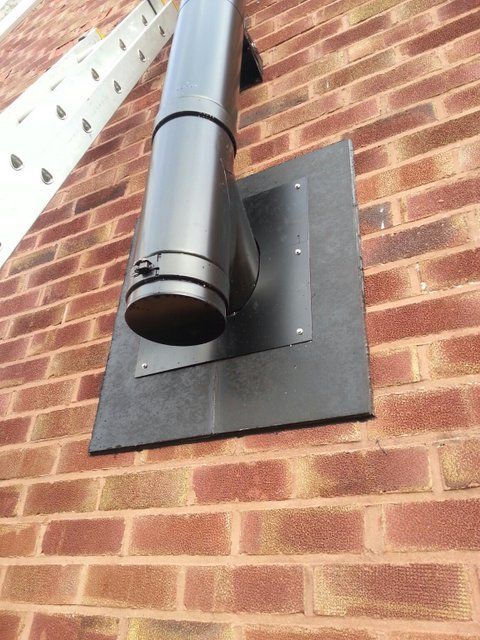