The stove installer's secret weapon for customers on a tight budget, the Flavel Arundel is pleasing, basic and well made. Looking for a budget stove? Look no further.

Order #14446
Nice little stove. Bought this one because it had the flue connection nearer to the back of the stove than a lot of the others which meant we could go straight out of the top without needing bends to go up the chimney. (Self fitted after reading the stove-fitters manual :-) )
These things are heavy, too heavy to lift for one person, but I managed to drag it into situ on a mat / rug.
First 20 hours of burning have to be small / kindling fires to cure the paint. We got quite a lot of smell produced during this process, I'm hoping that it will fade over time because it's not exactly pleasant. Opening the window helps enormously but rather defeats the object, fortunately the smell doesn't seem to hang around on clothes like smoke does.
With the small fires we've had so far the handle as remained cool enough to touch, which apparently isn't the case with all stoves. The top of the stove is around 80C at the corners but about 220C where the flue protrudes from the body. That's hot oven temperature, so a significant burn risk, not unexpected, it is a box of fire, but thought I'd mention it. We've bought a fan to go on top so at least there will be another visual indication / physical barrier to prevent people touching it. The hearth is cold.
Haven't figured out the air wash feature, doesn't seem to make a huge amount of difference, the glass still gets dirty. We just clean it with hob brite.

Purchased this really nice contemporary wood burning stove after much researching online and in local shops.
Wanted one which was Defra approved with high efficiency at a reasonable price. This fitted the requirements perfectly.
Not only was the price competitive but the purchase from stovefitters was so stress free. Really well packaged and delivered fast. Very useful guides on their site also.
Looks stunning fitted in my living room. I'm that pleased with it that I'm about to purchase the same again for my other room.
Order ref 14581

This stove is certified as Ecodesign compliant (has passed the new and stringent 2022 regulations).

Cannot go wrong. Installers love this stove as they consider it "fit and forget"

Spend just a little more? An alternative to the Arundel would be the Firewire 400, Hamlet Solution 5 SC or Saltfire Peanut 5

Cannot go wrong. Installers love this stove as they consider it "fit and forget"

Spend just a little more? An alternative to the Arundel would be the Firewire 400, Hamlet Solution 5 or Saltfire Peanut 5

About the Flavel Arundel 5 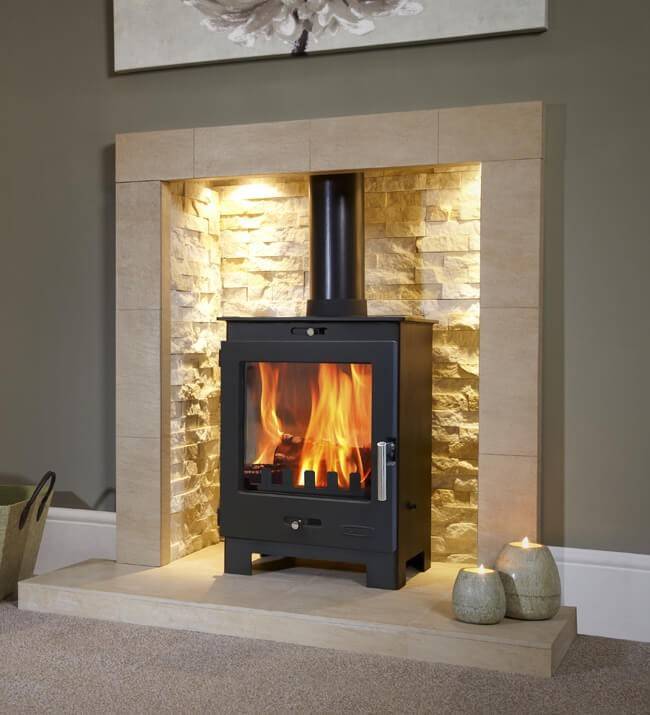 The Arundel stove by Flavel is a DEFRA approved, Ecodesign and very popular cost-effective wood burning stove.
The stove installer's secret weapon for customers on a tight budget, the Flavel Arundel is pleasing, basic and well made.
Looking for a budget stove? Look no further.
Comes with a FREE HEAT GLOVE 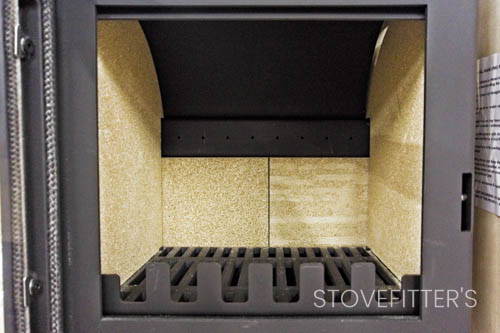 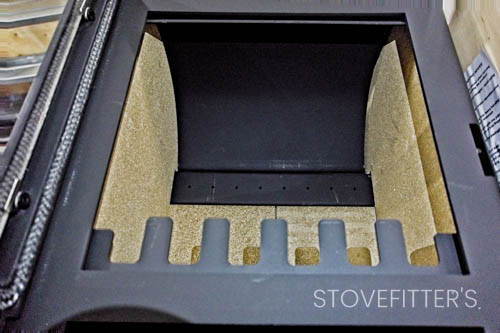 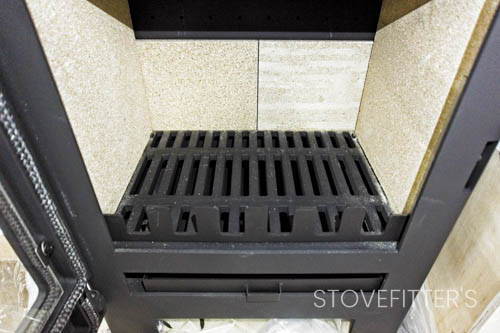 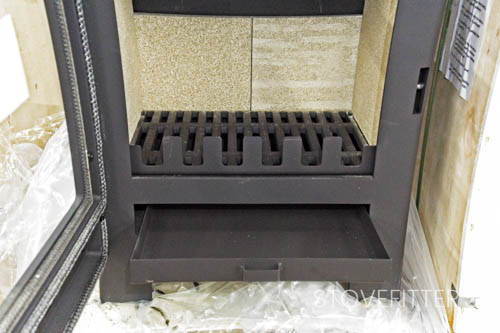 This stove will run happily at 2-5kW depending on fuel load.

Note that running the stove at a higher fuel level than that specified in the manufacturer's manual may cause degradation of stove innards (firebricks, baffle etc.) although these are replaceable (and repairable with beige fire cement).

What size stove do I need?

This stove meets and exceeds the new 2022 Ecodesign regulations

Don't overthink efficiency. 75%-85% is fine and 90%+ efficiency may not work so well on shorter or difficult chimneys.

No, this stove cannot be fitted with an external air kit (draws air from outside via pipe direct to stove). Usually this option is not relevant unless a room air-vent is required and the property is airtight (by design or choice).

What to buy steel or cast-iron? Do not overthink. Steel heats fast. Cast-iron takes a little longer but retains heat longer as fire dies.

Which fitting pack for my liner? A fitting pack includes all you need except liner and chimney closure plate (also sometimes known as register plate)? Advice here

Viewing area (from outside stove looking in)

To non-combustibles there are no hard rules but, around the stove, a 50mm minimum air gap is recommended to brick/stone. This to be increased to 100mm for rendered or boarded surfaces. Prior to purchasing any stove download the installation manual to check that manufacturers do not have any additional requirements.

We offer 14 days from delivery to report any courier damage to your stove. If a stove is damaged by the courier we will replace or refund as desired.

Why do we sell glass insurance (pre-ticked box close to ADD TO CART button)? Because glass is classed, in the stoves industry, as a consumable item and not covered under ANY guarantee by any manufacture for any reason whatsoever. If it breaks or cracks on day one or day twenty it is not covered. If the inside of the glass goes cloudy or gets any kind of surface coating or etching then it is not covered (it will be to do with what you are burning according to manufacturers and glass makers). Glass usually costs £30-£60 plus postage but can be more on higher end models.

Defra-approved or/and Ecodesign stoves are designed and thoroughly tested before being allowed onto the market and every stove sold is identical. In the rare event a stove does not perform as well as expected it is always down to the installation, the chimney or circumstances unique to the property (pressure imbalances caused by local conditions, down drafts etc.). Here at Stovefitter's we have taken stoves back on a number of occasions for testing on our chimney and in every situation the stoves performed as expected (we may of course find a faulty stove one day but never as yet). We may, at our discretion, take a stove back once it has been used and in this situation a 50% refund would be provided (stove would be sold as second hand). We would, however, offer a 33% refund on a replacement stove. 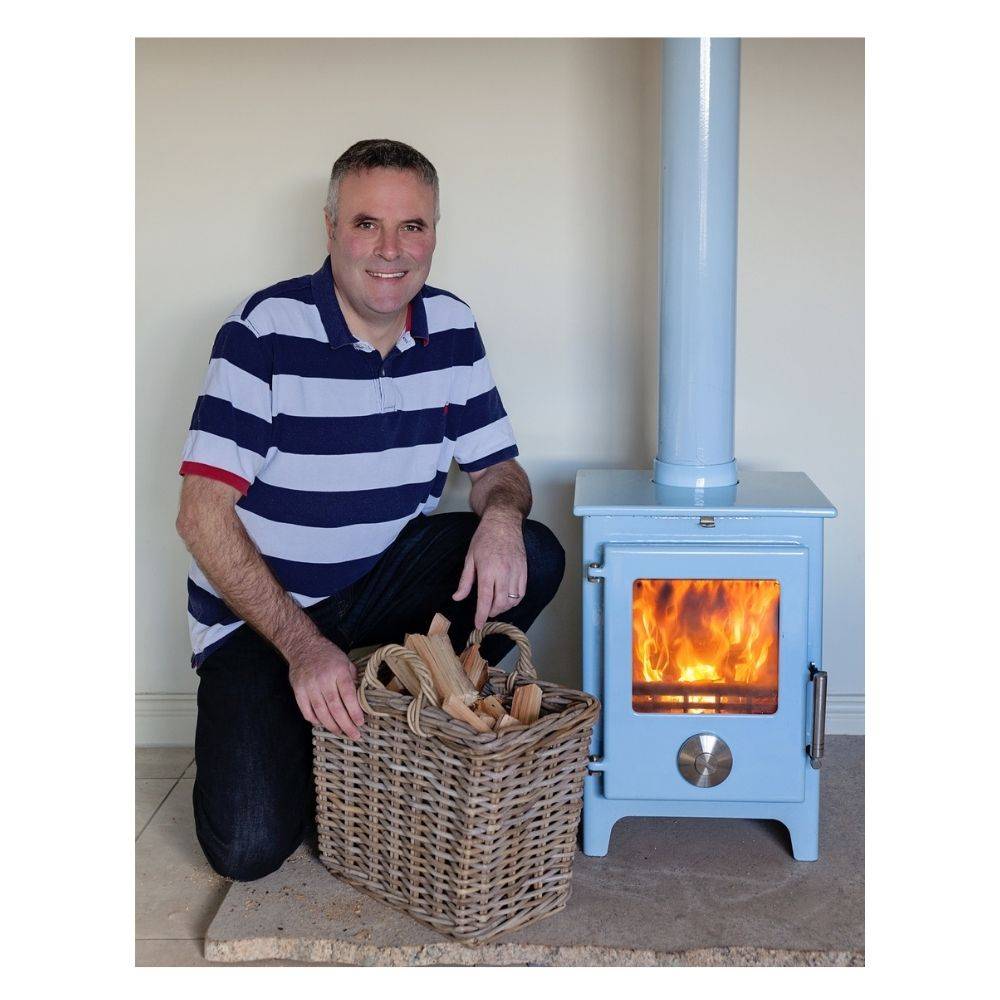 Stovefitter's Warehouse is owned and managed by Julian Patrick, blogger and author of The Stove Fitter's Manual. Julian was previously a full-time installer of wood burning stoves (including solid fuel heating systems). He laid down the tools in 2013 to write his stove manual and open a small shop in North Wales (the Wood Stove Hut, soon to grow into The Stovefitter's Warehouse). 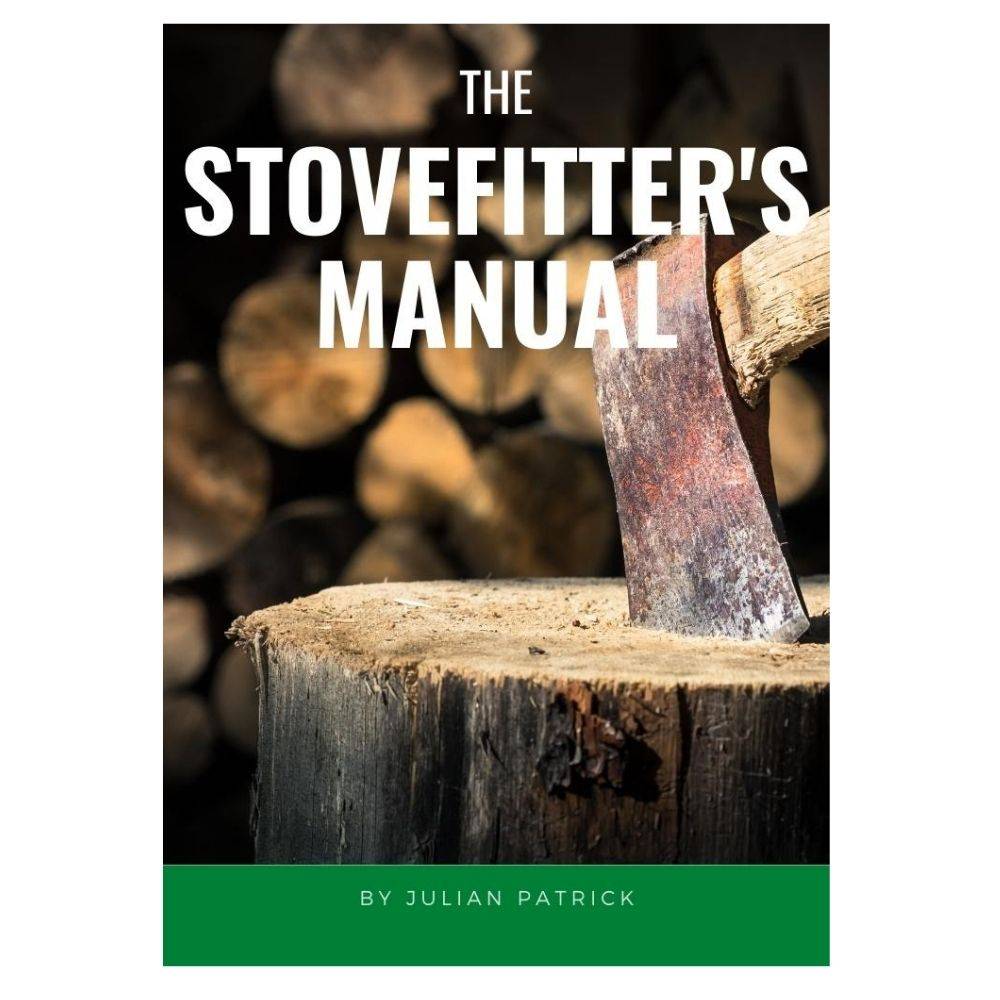