Do I have to use a chimney liner?

Generally it is recommended that you do line your chimney 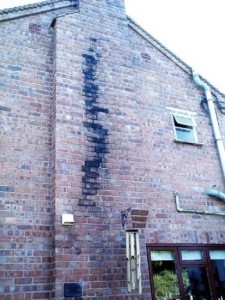 Building regulations do not insist that you fit a chimney liner. If a chimney can be proven sound (using a set smoke test procedure), AND is of a diameter suitable for the stove, AND the stove-fitter can connect to the chimney in a way that satisfies the regulations, AND the end result is that the stove draws within the parameters laid down by the stove manufacturer, AND it can be swept, AND every building regulation is followed then you do not have to fit a chimney liner – a tough call for even an experienced stove fitter and many will not even consider it (what if the stove does not work properly at the end – will he still get paid if he tells you he cannot certify it and you should not use it?).

Definition: If a chimney is a Polo mint then the flue is the hole.

STOVES WORK BEST WITH A FLUE DIAMETER AS CLOSE AS POSSIBLE TO THAT SPECIFIED BY THE STOVE MANUFACTURER OR BUILDING REGULATIONS.

I have shouted that last sentence to really try to put you off from choosing to not fit a chimney liner. A stove designed to work with a 6″ flue will not perform so well if attached to a chimney with a 9″ diameter! Fit a chimney liner properly, insulate it if required, and there should be no reason for a stove not to perform perfectly: happy dreams for the fitterI generally only do not fit a chimney liner if the chimney is new or pot-lined and of a narrow enough diameter (and even then I often will).

Possible consequences of not lining your chimney 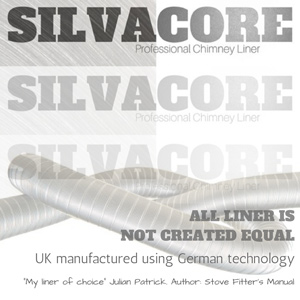 1. If the chimney is not sound then smoke and Carbon Monoxide can travel into your (or next door’s) property and it can and does kill. I was told the story of a stove fitter who chose not to fit a chimney liner in a terraced property. The fitter smoke tested the chimney but did not seal the chimney for the test (the smoke floated off out the pot).

One weekend, whilst the owners were away, Jackdaws built a nest in that pot. Later on the customer lit the stove. Smoke could not escape. Smoke found a hole in the chimney flue and made its way into next door’s chimney. Next door’s chimney was not being used and was blocked at the top to prevent rain ingress. The smoke exited via a vent (designed to air the chimney) in next door’s bedroom. The Carbon Monoxide killed the sleeping neighbours in their beds. Note: that’s why a CO detector in all bedrooms as well as the stove room is a good idea.

2. Hot air (smoke) rises because it is hot – cool it down and it will slow, stop or sink. It does not rise well in cold chimneys, especially where heat-stealing voids, or non-smooth surfaces are present as these steal heat and slow down the combustibles. These combustibles, when slowed, deposit tar and condensation both of which can damage properties (in brick/stone chimneys tar eventually bleeds through the mortar into the house, staining wall papers etc. and is almost impossible to do anything about unless demolition is the tactic). If smoke slows down too much then the smoke behind dams up underneath and the stove burns poorly. Smoke can exit out of stove doors when they are opened to add fuel, and exit the stove via intakes designed to let air into the stove (adding dangerous gases to the room).

3. A chimney fire is more likely (far less likely if lined and would also be contained within the metal tube) if you do not fit a chimney liner.

Sometimes people say “do I have to line my chimney when I have had an open fire in this chimney for years and no problems”. Open fires are very inefficient compared to stoves and have a very large amount of heat going up the chimney: the heat in most open fires travels fast and out the pot before it has chance to cool and deposit tars etc. With an open fire 70% or more of the heat generated by the fire goes out the top of the chimney. Modern solid fuel stoves are highly efficient with only 30% or less heat going up the chimney (more heat for the room with less out of the chimney). Solid fuel stoves need all the help they can get in keeping that rising air nice and hot (hence liners and sometimes even insulated liners).